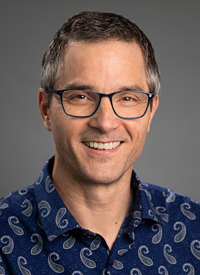 Originally an Idaho native, Mr. Michel moved to Oregon for college, where he attended the University of Oregon for a Bachelor’s degree in Physical Education and a minor in Biology. Following graduation, he settled in Portland, where he worked as a personal trainer in nonprofit and private health clubs. He also worked as a lecturer at Portland State University and an exercise physiologist in cardiac rehabilitation before becoming a Physician Assistant.

After working in health and fitness for nearly 15 years, Mr. Michel became disenchanted with some of the more superficial aspects of that industry. He was interested in expanding his role and gaining new skills to increase his ability to help improve people’s health. This drove him to pursue a position as an exercise physiologist in a hospital-based cardiac rehabilitation program. He found that he enjoyed helping patients manage serious health conditions. This prompted him to pursue a career as a Physician Assistant, where he could reach a broader range of patients. Once he became a PA, he gravitated toward primary care. He found that he enjoyed building relationships with patients and loved that every day was different.

Mr. Michel has a particular interest in preventative medicine and sports medicine. His approach to primary care centers around prevention. He believes that “Good health is not created in the doctor’s office, but rather in all the small decisions made daily throughout one’s life.” He also believes that ego should have no place in excellent patient care. He sees medicine as a team effort that relies on entire healthcare teams to provide the best care possible.

Patients have described Mr. Michel as a good listener with a direct approach. He provides encouragement and support when needed, but he will still be honest about areas with room for improvement. A patient recently told him that his father worked as a Nurse Practitioner in a small town and that Mr. Michel reminded him of his dad. “I took that as the highest compliment, to be compared to his father- someone he respected and whose medical expertise he trusted,” said Mr. Michel. “He said the thing he appreciated most about me as his provider was that I took the time to listen to his concerns and made sure that he understood our treatment plan before leaving the office each time.” 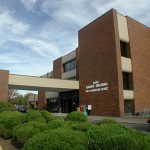