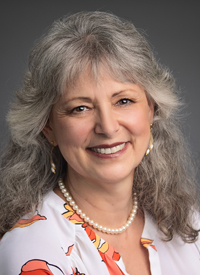 “To be able to watch people heal is a gift.”

Dr. Sleszynski was born and raised near Buffalo, New York. For college, she attended the State University of New York at Buffalo, where she obtained a Bachelor of Science in Nursing and also placed second in the state for competitive springboard diving. She worked through college as a Nurses Aid (CNA) and then as a Licensed Practical Nurse (LPN). She met her husband at SUNY at Buffalo, and they married during her first summer of medical school.

Inspired to pursue medicine by her aunt (who was a nurse), Dr. Sleszynski initially intended to be a nurse. During the process, she realized that she wanted more knowledge and skills, so she set out to become a doctor. It wasn’t until being interviewed in Chicago for medical school that she knew she wanted to be an osteopath and fell in love with the osteopathic medicine philosophy. Once in medical school, she found her passion for doing osteopathic manipulative treatment (OMT). From then on, she knew she would incorporate osteopathic principles and treatment into her entire practice. “The closeness obtained with patients and the transformations witnessed in their life continues to fuel my passion for Neuromusculoskeletal Medicine,” said Dr. Sleszynski.

Upon finishing medical school, Dr. Sleszynski received her Doctor of Osteopathic Medicine degree from the Chicago College of Osteopathic Medicine. She participated in an extra year of training as an undergraduate fellow in osteopathic manipulative medicine, which involved teaching first and second-year students and learning advanced manipulative philosophy and technique. Her residency was in Family Practice in Kenosha, Wisconsin. During her 16 years in Kenosha, she delivered babies, performed and assisted in surgeries, and had an extensive scope of practice that served all ages. As of 2022, she has been an independent private practitioner for 29 years.

While Dr. Sleszynski enjoys serving all patients, she is particularly interested in working with patients facing chronic illnesses or issues. With her background in Family Medicine, she is well suited to treat patients with multi-system issues such as gut dysfunction, adrenal fatigue, thyroid imbalance, pelvic pain or dysfunction, sexual abuse history, or a history of depression, as well as musculoskeletal problems. She also serves patients with head and brain health issues, like headaches, concussions, and seizures.

She has a very holistic approach to healing. Her approach to care is very detailed, intimate, and encompasses all aspects of a patient’s life. “I really get to know my patients and what helps and hinders them in their healing process through their physical, emotional, and spiritual needs,” Dr. Sleszynski shared. “Then, together, we use that information to formulate and execute a plan to get them better. I have a knack for instilling hope into patients, allowing them to achieve their highest level of health possible.”

Throughout the years, she has been very active nationally on the research front. She is best known for her work on a standardized osteopathic medical record and the osteopathic treatment of atelectasis in surgical patients.

Dr. Sleszynski and her husband raised their three children in Kenosha, then moved to the Corvallis area to practice medicine in 2009. Outside of serving patients, Dr. Sleszynski enjoys traveling, kayaking, hiking, and playing with her dog. In the future, she’d also like to do more cooking, reading, and playing the piano. 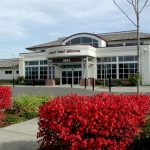 Medical College of Wisconsin at Parkside, 1993