“I am thorough and want to provide the best care possible to help patients achieve their goals.”

Clarissa Freeman, PT, DPT, spent time all over the country growing up as a military child, including a few years abroad in England. She has always been active, beginning her fitness journey with gymnastics, then transitioned to water sports while living in Florida. While living in California, she began cycling and triathlons and eventually started competing in cycling competitively. Clarissa’s cycling coach was a physical therapist, which got her interested in the practice and ultimately led her to become one herself.

During college, Clarissa started to run more and became a certified CrossFit coach. After graduating with her Bachelor’s degree in Exercise Science, Clarissa continued to coach CrossFit and ultimately decided to go to Physical Therapy school.

The coaching background in Clarissa’s life plays a role in her approach to physical therapy. She is a huge proponent of patient education and makes sure that her patients understand the “why” behind their physical therapy.

Outside of work, Clarissa likes to do pretty much anything that involves being out in the sunshine. Aside from continuing to coach CrossFit part-time, she enjoys running, hiking, and cycling. Clarissa also enjoys paddle boarding, accompanied by her dog and her cat.

The Corvallis Clinic at Walnut Boulevard 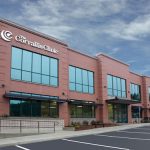