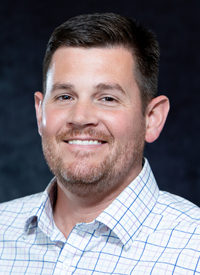 “It is impossible to separate the interplay between our behavioral and physical health. Treating them together allows us to be more efficient in offering options in response to health concerns.”

As an integrated behaviorist, Dr. Herman collaborates with our Family Medicine providers in North Albany to help patients with behavioral health issues affecting their overall health. Dr. Herman approaches his clinical work from a cognitive-behavioral, acceptance, and commitment-based therapy model.

An early high school introduction to psychology started Michael Herman, PsyD, on his career path. Learning the impact of our mind’s content (language, images, evaluations) gave him a desire to help individuals whose patterns were not leading where they wanted. Once he was in his doctoral program for clinical psychology, the concept of integrated care, behavioral and physical medicine working alongside one another, made sense to him and led to his current role in integrated behavioral health.

An Oregon native, Dr. Herman traveled to California, New Jersey, Hawaii, and Pennsylvania for various training programs and clinical placements but has a great love for home. “At no point in my adventures and travels did I ever see myself settling anywhere other than back in the Pacific Northwest, back in Oregon.” Dr. Herman has been practicing in behavioral health in the Corvallis area since 2012 in various roles.

Dr. Herman says his practice is values-centered. “Motivation and the experience of emotion is directly tied to personal values that we either perceive to be well taken care of, or perceive to be under threat. If I am going to be working with someone on behavior change for any reason, I want to make sure we are anchored in a great motivator!”

When working with patients, Dr. Herman celebrates effectiveness and challenges unhelpful patterns. “Therapy is not about the session itself. It is about what the individual is interested in and willing to carry outward from the session and into their daily life. That is where the change happens.”

Dr. Herman, his wife, and their two children enjoy various activities, including camping trips and archery. In addition, he enjoys movies, books, games, and riding his Russian motorcycle with a sidecar.

The Corvallis Clinic at North Albany 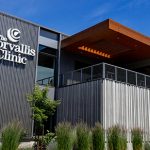 The Patient Rating score is an average of all responses to care provider related questions on the Patient Satisfaction Survey.

About Survey Responses are measured on a scale of 1 to 5 with 5 being the best score.